Written on the Heart

The creation is self-evident and points to a Creator, but humanity’s natural inclination is to ignore this evidence

Paul tells us that we do this by “suppressing the truth” that is plain to us (Rom. 1:18)

In chapter 2 Paul tells us that not only are the Gentiles guilty before God because of their suppression of truth, but the Jews are guilty as well

So, Paul tells us that the Gentiles are guilty because of their suppression of General Revelation (i.e. the creation and the conscience)

And the Jews are guilty because of their suppression of Special Revelation (i.e. the Law and the Scriptures)

Do you see what Paul is doing here?

God has “revealed” Himself to all humanity in some way – And instead of responding correctly and adequately, humanity suppresses this revealing – And in the process incurs the judgment of God

So, now we reach the second half of chapter 2, and Paul is going to elaborate on this (specifically he will be addressing the heart and the conscience)

We will be asking the question, “What role does the heart and conscience play in all this?”

12 For all who have sinned without the law will also perish without the law, and all who have sinned under the law will be judged by the law. 13 For it is not the hearers of the law who are righteous before God, but the doers of the law who will be justified. 14 For when Gentiles, who do not have the law, by nature do what the law requires, they are a law to themselves, even though they do not have the law. 15 They show that the work of the law is written on their hearts, while their conscience also bears witness, and their conflicting thoughts accuse or even excuse them 16 on that day when, according to my gospel, God judges the secrets of men by Christ Jesus.

17 But if you call yourself a Jew and rely on the law and boast in God 18 and know his will and approve what is excellent, because you are instructed from the law; 19 and if you are sure that you yourself are a guide to the blind, a light to those who are in darkness, 20 an instructor of the foolish, a teacher of children, having in the law the embodiment of knowledge and truth— 21 you then who teach others, do you not teach yourself? While you preach against stealing, do you steal? 22 You who say that one must not commit adultery, do you commit adultery? You who abhor idols, do you rob temples? 23 You who boast in the law dishonor God by breaking the law. 24 For, as it is written, “The name of God is blasphemed among the Gentiles because of you.”

What I want us to consider tonight is this:

There will not be a single person, past, present, or future that will be able to say, “I didn’t know”

The ones in the jungle will not be able to say, “I didn’t know”

The Jews are not able to say, “I didn’t know”

And we today, are not able to say, “I didn’t know”

We may live our whole lives ignorant of the Bible, but not one of us can look up into the sky and not consider what God has done in the heavens – In the creation – In all that we see around us

Remember what Paul says in chapter 1, 20 “For his (God) invisible attributes, namely, his eternal power and divine nature, have been clearly perceived (understood), ever since the creation of the world, in the things that have been made. So they are without excuse” Romans 1:20

What matters is if you do what the Law requires

It’s the difference between someone always reading the Bible, but never doing what the Bible says, and the person who does not read the Bible but does what it says

What did Jesus have to say about them?

Jesus said, 23 “Woe to you, scribes and Pharisees, hypocrites! For you tithe mint and dill and cumin, and have neglected the weightier matters of the law: justice and mercy and faithfulness. These you ought to have done, without neglecting the others. 24 You blind guides, straining out a gnat and swallowing a camel!” Matthew 23:23-24

Do you guys know what Jesus is referring to here? “You tithe mint, dill, and cumin, but have neglected the weightier matters of the Law” or “You strain out a gnat, but swallow a camel?”

Let me explain, the Law stated that the people were to tithe all of their possessions, this was supposed to be an act of faith – When I (if I was living in those days) harvested my crop I would give the first 10% of it to the Lord – This showed my trust in God for providing for my needs – Since God is the one who has blessed me with the crop, I would acknowledge this, and give 10% of it back to Him

But God doesn’t need anything, so this 10% was designated for the Levites (the Levites were one of the twelve tribes that did not inherit any land, they instead were put in charge of the temple, they were priests, so they had no way of providing for themselves)

The Law was intended to supply the Levites with food so that they would not go hungry; it was primarily directed to the “field” – The crops of the field (wheat, barley, etc.)

Now this is not bad in and of itself – But it is bad when you neglect the more important things that the Law says to do – In this case provide “justice, mercy, and faithfulness”

You see, what they were doing is “straining out a gnat but swallowing a camel”

A gnat is a bug – Bug’s are small – We don’t like eating bugs! – But according to Jesus they were swallowing a camel (something very big)

Jesus tells them, “These you ought to have done, without neglecting the others” Matthew 23:23

Before the seven woes, in the beginning of the chapter Jesus told his disciples, “The scribes and the Pharisees sit on Moses’ seat, 3 so do and observe whatever they tell you, but not the works they do. For they preach, but do not practice.” Matthew 23:2-3

In other words, do what they tell you,because they know the Law, but don’t live your life like them

It’s better to not know what the Law says and do it, then to know what it says and not do it!

I think this is what Paul is saying here

13 For it is not the hearers of the law who are righteous before God, but the doers of the law who will be justified. 14 For when Gentiles, who do not have the law, by nature do what the law requires, they are a law to themselves, even though they do not have the law. 15 They show that the work of the law is written on their hearts, while their conscience also bears witness, and their conflicting thoughts accuse or even excuse them. Romans 2:13-15

What Paul is saying here is that when Gentiles do what the Law says to do (even though they don’t have it), they are doing what God requires of them – They show that the “Law is written on their hearts”

What does Paul mean by this? – Now stay with me, this may get a little heady

Well, when the Bible uses the word “heart” most of the time it doesn’t refer to the organ that sits in our chest – But is talking about something else

It’s the Greek word kardia – Does it sound familiar? This is where we get the English word “cardiology” – The study of the heart – Or the word “cardiologist” – A doctor that specializes on the heart

Anyway, along with “heart” it could also be translated as “inner self” or “inside”

And it refers to three things: 1. The Mind 2. The Will 3. And the Emotions

In other words, the heart is the control center of the whole person 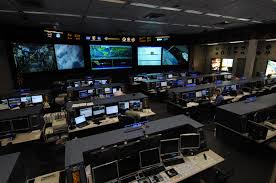 Paul says that “the Law is written on their hearts, while their conscience also bears witness” Romans 2:15

So, what does any of this have to do with anything?

Will we use our heart to seek after Him?

Will we use our heart to live a godly life?

Will we use our heart to do what God has created us to do?

Or will we suppress the truth?

Will we suppress our conscience?

And what Paul is doing here is telling them that this is not the case, that it doesn’t matter whether you are a Jew or a Gentile – What matters is that you do what God requires

In verse 28 Paul says, 28 “For no one is a Jew who is merely one outwardly, nor is circumcision outward and physical. 29 But a Jew is one inwardly, and circumcision is a matter of the heart, by the Spirit, not by the letter.” Romans 2:28-29

He says, “No one is a Jew who is merely one outwardly (physical), nor is circumcision outward and physical. But a Jew is one inwardly, and circumcision is a matter of the heart”

We see the inside nature here

So, how do we make it come down to our heart?

How’s this going to happen?

Well, it doesn’t take a rocket scientist to figure this out –It happens by reading

It’s not going to get there any other way! – If we love God and we want to know who He is then we should be reading His Word all the time – We should be seeking Him with our whole heart

Verse 2: “Blessed are those who keep his testimonies, who seek Him with their whole heart”

Verse 10: “With my whole heart I seek you; let me not wander from your commandments”

Verse 11: “I have stored up your word in my heart, that I might not sin against you”

Verse 34: “Give me understanding, that I may keep your law and observe it with my whole heart”

Verse 36: “Incline my heart to your testimonies, and not to selfish gain”

Verse 58: “I entreat your favor with all my heart; be gracious to me according to your promise”

Verse 69: “The insolent smear me with lies, but with my whole heart I keep your precepts”

Verse 80: “May my heart be blameless in your statutes, that I may not be put to shame”

Verse 111: “Your testimonies are my heritage forever, for they are the joy of my heart”

Verse 112: “I incline my heart to perform your statutes forever”

Verse 145: “With my whole heart I cry; answer me, O Lord! I will keep your statutes”

So, I hope and pray that we would be a people like David – A people that follow after God with their “whole heart”

I hope and pray that we would be a people that have our command center totally focused on Jesus – That our hearts would be inclined to the Lord – That all that we do in this life would bring Him glory!